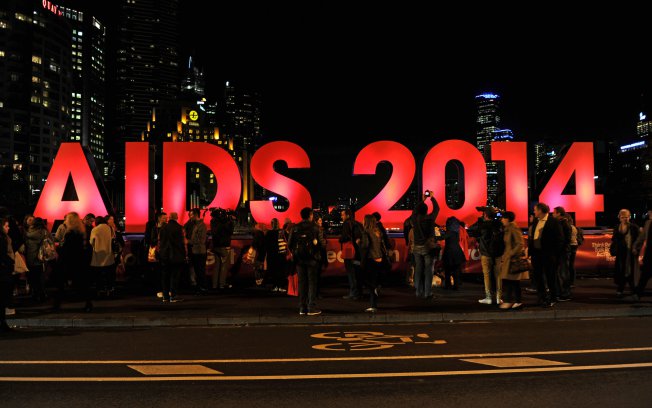 Throughout the first full day of the International AIDS Conference, there was a recurring theme. Well, rather there was an unofficial recurring theme not listed in the books. That theme essentially boiled down to: It is 2014: Don’t act like it is 2005 if we are to reach a world without AIDS.

In the last few years there has been an exponential growth in the number of prevention science results. We went from a scarcity of knowledge regarding what works in terms of prevention to an almost-gluttony of scientific results that has led to a fully packed prevention toolbox.  Yet, there are still 6,000 new HIV infections each day. The top ten countries account for 61% of the new infections. The top ten countries are as follows:  South Africa, Nigeria, India, Kenya, Mozambique, Uganda, Tanzania, Zimbabwe, USA and Zambia.

As Dr. Salim Karim noted there are three main challenges to address going forward: dysfunctional health systems, key populations and stigma. How does one engage in ART scale up in systems where of those that are HIV positive, only 45% are aware of their status? Such is the case in many part of Sub-Saharan Africa.  Yes, HIV can affect everyone but we must realize that certain populations bear a disproportionate burden and also find themselves in environments that weigh extra heavy in terms of added structural vulnerabilities.  There was a study presented by Dr. Karim where the scientists looked at every new infection in an area containing ten schools.  In 118 infections they only found genetic linkages within schools in two instances.  This, he pointed to, as an indication that these young women were being infected by migrating older males. That is what makes young African girls a key population. They bear a disproportionate burden of the infection within a very dense environment of structural vulnerabilities.

All speakers spoke of the impact that stigma has on key populations yet sadly no presenter addressed how we may mitigate said stigma. Stigma is an easy answer with no easy solutions. There is a need to stop blaming stigma as part of the problem. It is time to present possible interventions that can get funding hand-in hand- with other scientific endeavors.

One interesting program that was presented during a criminalization session by the Police chief of Seattle, is that of Seattle’s LEAD: Law Enforcement Assisted Diversion.   After much community mobilization, including numerous lawsuits directed at the city, about 40 community leaders including police commanders got together to create a program whereby police officers need not arrest those engaging in low-level drug and prostitution crimes.  If a police officer, let’s say, finds someone who is selling less than three grams of drugs for subsistence purposes, they can instead be diverted from prison to case management. By diverting eligible individuals to services, LEAD ostensibly improves public safety and public health, and reduces the criminal behavior of most people who participate in the program.

We have got to act on all this knowledge that we now have. We must stop doing today what we were doing in 2005. It is time to figure out the practical implementation practices of our scientific advances. Unlike Prince, we cannot keep acting like its 2005, let alone 1999.