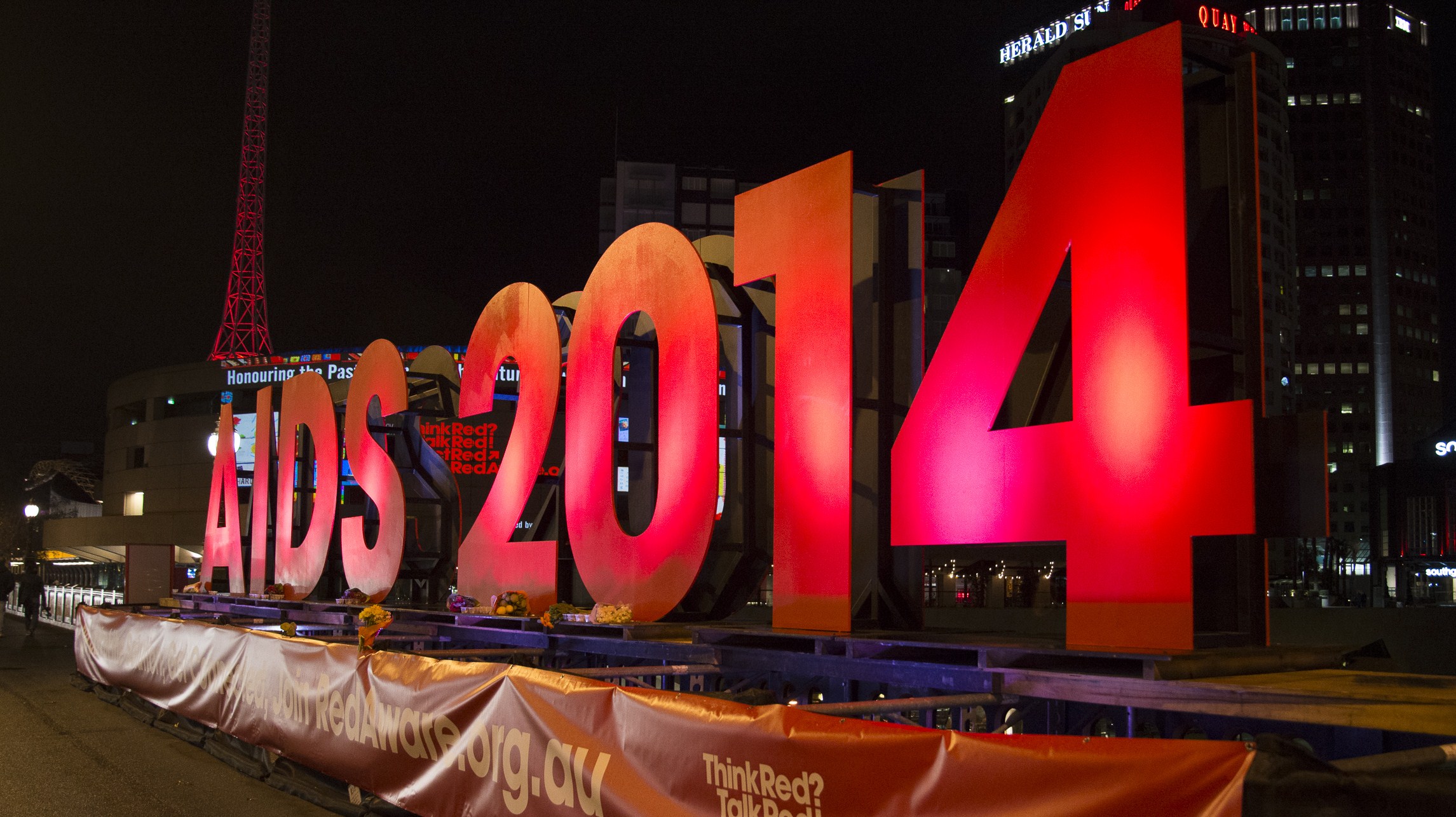 The 20th international AIDS conference is underway in Melbourne, Australia.  Once again global leaders, researchers, scientists, health care professionals, and advocates gather together to discuss the latest affairs in the HIV/AIDS global climate. Perspectives will be shared depicting where we are today in the continued siege of HIV/AIDS hoping that one day soon the personified virus will waive its white flag and resist no more. Excitedly waiting for reports back from the conference, I did a quick Google search for “HIV blogs” and found an endless laundry list of posts capturing different social and cultural facets of public health concerns.

The first blog that caught my attention was titled, “Science Has a Gender Problem. Science Just Made It Worse.”

In it the blogger explains that on the July 2014 cover of Science Magazine two Transwomen sex workers in Jakarta were featured with the display text reading “Staying a step ahead of HIV/AIDS.” You can’t see the faces of the Transwomen, they’re only visible from the shoulders down as legs and minidress-clad torsos with fierce stilettos on toe. Transgender sex workers are a “key affected population” for the epidemic in Indonesia mirroring similar trends in other parts of the world such as the United States. Government health services seem to provide little support for these marginalized women. The image elicited staunch criticism and scrutiny for continuously objectifying the bodies of Transgender people placing their thighs and short miniskirts front in center of the magazine cover. In the last decade of the publication, there have only been two other covers where body parts were displayed, but none of these two episodes involved sexual innuendo. The metaphorical decapitation of these women serves to draw in a sexual gaze, but at what cost? If the article presumably is about educating and raising awareness of this vulnerable population, a more humanizing and person centered approach could have been the result representing the nature of these bodies beyond exploited vessels surviving.

In the U.S as a group Transgender and gender non-conforming people suffer great health disparities and inequities. These include over four times the national average of HIV infection, with rates higher among Trans people of color. Other forms of discrimination include unemployment due to biases, eviction, physical assault, sexual assault, homelessness, denial of medical services, and incarceration due to gender/identity expression.

Recently there has been more visibility of Trans community members, notably Laverne Cox and Janet Mock, two formidable LGBT advocates who have gone on to establish a significant media presence.

During a recent interview with Katie Couric, Laverne expressed the problems with objectifying and dehumanizing Transgender and gender non-conforming people. Laverne explains how Transgender people are constantly being visually dissected and probed with a slew of questions following suit serving only to meet the curios needs of cisgender (non-transgender) men and women. The invasive firing squad of questions are typically regarding surgical procedures, hormone regiments, and magnified and or modified body parts. These inquiries always seem to take center stage dismissing any and all other lived experiences of Trans people. Transgender people are not seen as whole people, but parts. Laverne goes on to say during the interview that when you focus on parts and procedures, you don’t talk about the real issues and the fact that transgender people suffer mass injustices and oppressions.

The critique parallels criticism of the July 2014 issue of Science Magazine. The headless Trans sex workers on the cover with heightened curves, mini dresses, and bare legs are once again reduced to bodies.

Today we have seen great gains in the continued progress of HIV medications and biomedical interventions.

However, we have long ways to go to solve the rampant health disparities that exist in already vulnerable communities. Education and raising awareness continues to be a necessary focal point. The question then becomes how do we have productive conversations about differences and how do our understanding of these differences only serve to reinforce negligence, stigma, discrimination, and health disparities? For starters, let’s move past the conflation of gender and body parts. Masculinities and femininities do not start nor end with reproductive organs. A vulva does not “a women make.” Our social and cultural understandings of gender and sex should continuously be questioned and interrogated while keeping an open mind and an empathizing heart. Maybe then we’ll see each other as whole people despite preconceived notions and biases. Maybe then we’ll comprehend a bit more other experiences.

About today’s guest blogger: Mr. Diaz has held multiple roles in public health from qualitative researcher and HIV counselor to program design and implementation. Previously, Mr. Diaz was a fellow at the National Sexuality Resource Center and a Research Assistant at the Center for Research on Gender and Sexuality based in San Francisco. Mr. Diaz holds a B.A. in International Relations from Brown University and an M.A. in Sexuality Studies from San Francisco State University.
Follow @miriamyvega for tweets directly from IAC2014