The meaning of community and saying “No More to Exclusion” 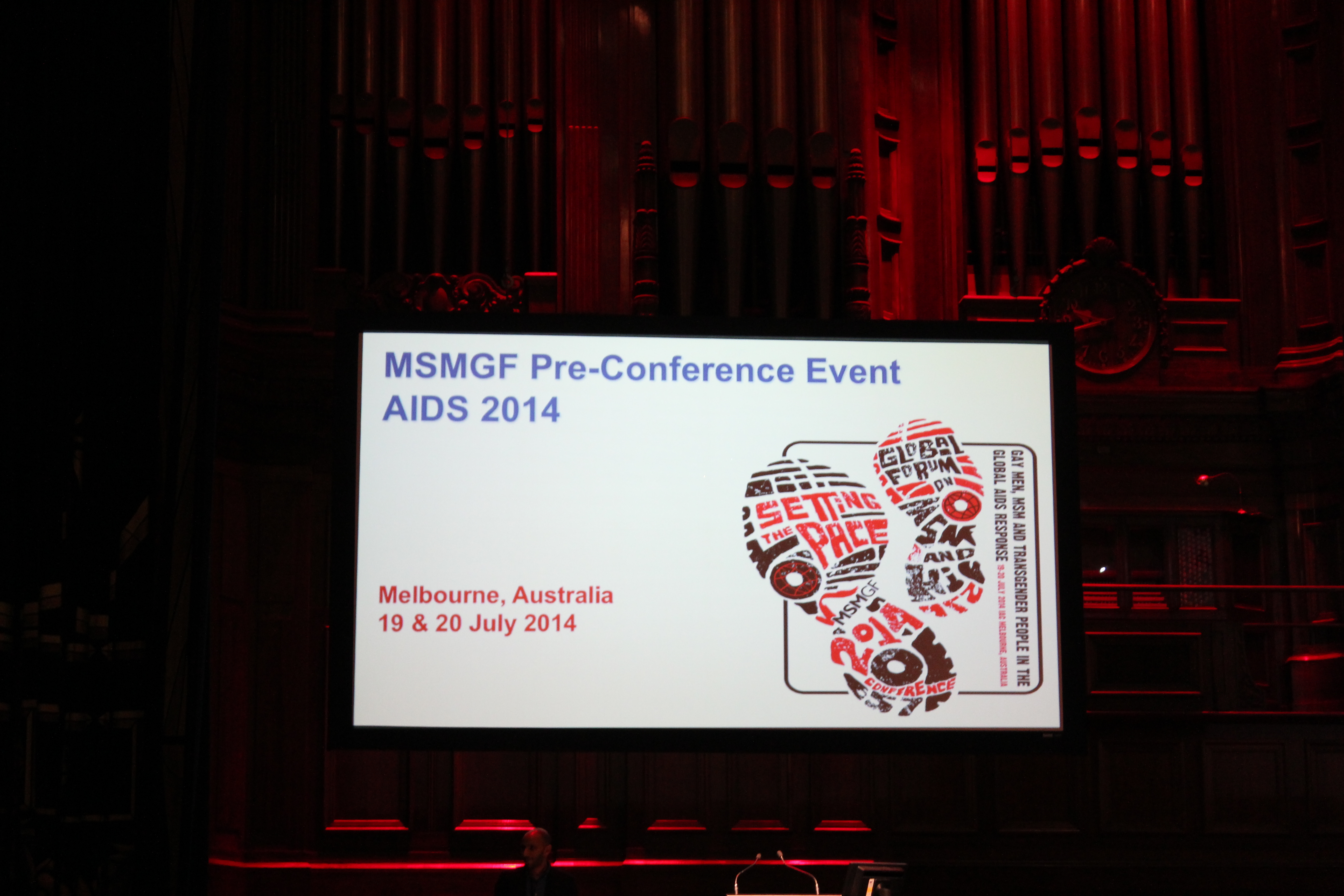 The meaning of community and saying “No More to Exclusion”

No more to exclusion, bigotry and AIDS; a phrase running through the city streets and consciousness of Melbourne. Today in Melbourne the Global MSM Forum Summit was held as part of the precursor activities of the International AIDS Conference. It was held at the beautiful and majestic Town Hall giving an extra weight of solemnity to the proceedings.  For it was a packed house that sadly had a few slated speakers that died on Malaysian plane brought down over Ukraine.  The sessions thus began with a heavy heart and a minute of silence.

Speaker upon speaker uniformly noted that there is a dire need to figure out how to maximize prevention care benefits while making advances in human rights. The problem is the stark contrast between the grandly lauded promise of bio-medical advances while, unfortunately, in many parts of the world see a rise in both harsh policies and homophobic violence as well as a decrease in LGBT sensitive programs.  As UNAIDS executive director Michel Sidibe noted The MSM Global Forum Pre-Conference has always been an important moment for the  International AIDS Conference because it serves as a  “strong reminder of our failure to give justice, to share solidarity and to make sure that people are not facing prejudice, criminalization, rejection, exclusion.”

In 2012 there was much hope and noted declarations of optimism around the exalted bio-medical advances that rooted themselves in every HIV/AIDS talk.  However as put forth by researcher Peter Aggleton “What are we to make of the 2012 bio-medical advances? The grim reality is that rates of infection amongst MSM are not at the steady decline  that would take us to zero” by the year 2030.  Further, while there have been remarkable medical advances many people lack access to this treatments. As Dr. Aggleton highlighted that there are over 18 million people who lack access to the treatment they need. So, where do we go from here? One cannot help but think of the exhortation of “No more to exclusion, bigotry and AIDS.”

In considering where we go from here, Dr Aggleton noted we need to reconsider the overly use phrase of “community” for ironically enough it has been decontextualized.  Gender and sexual minorities are often, in using the phrase community, seen as constituting  a uniform vulnerability and a threat.   The wide use of community, as put forth in the opening plenary, takes away from the expertise of communities while also taking away their locus of control.  Indeed, it was an interesting conundrum for us in the audience to ponder.

Thereafter, the use of the phrase “community” became conscious and overt making everyone reflect on how terms so widely used in the field can strip meaning and power of the very marginalized we are seeking to reach and empower.  As another speaker noted as an HIV activist, he cannot represent and speak on behalf of all African activists because of the rich local context of their lived lives and histories. He did note “ask us where we are going and push us in that direction.”

Overall, the Forum provided a rich context in which to take n the upcoming International AIDS Conference sessions.

I leave you with this.  There are currently 81 countries that criminalize same sex activities; 7 of which same sex activities are punishable by death.   Incoming IAS President Chris Beyer noted “In the 26 years of IAS there has never been an openly gay president… till myself.”  Progress comes in all forms and at any time. Throughout the conference halls and city streets, individuals are exhorted to say “ENUF.”  As each speaker at the Forum implored let us say: No more to exclusion, bigotry and AIDS.