Searching for Ourselves in the Statehouse Reflection 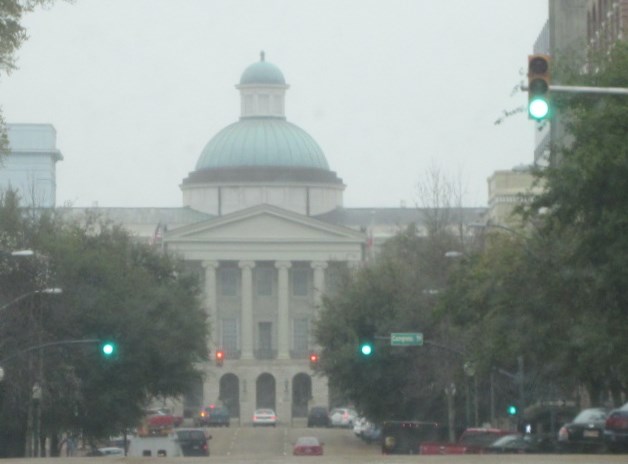 Searching for Ourselves in the Statehouse Reflection

As I traveled through Jackson, Mississippi I took this photo. As I look at this photo again, I pause to reflect what a beautiful state capitol it is and what it represents.

States in the southern region of the US have gained in population while many other regions have seen population decreases. Due to these increases, the south has seen its power in the House of Representatives rise somewhat because of the increased number of congressional seats it has been afforded.  Hispanics and other marginalized groups, however, wonder about how they are represented in these congressional halls and chambers. How are their needs reflected in the congressional seats at both the federal and state level?  That reflection is not always clear; at times it is a bit cloudy and overcast.

This photo captures this sentiment and need. The building and architecture is grand and beautiful. However, it is oftentimes mired in an overcast political reality.  At times it seems like we are taking great strides then it seems we are stopping short.

Here is hoping that we continue to move forward despite overcast skies so that we may all find our reflection in the grand buildings before us.

Inspired by the photo challenge of reflections

Other thoughts on reflection

Psychologistmimi: Traveling up in the air and staring down the fear