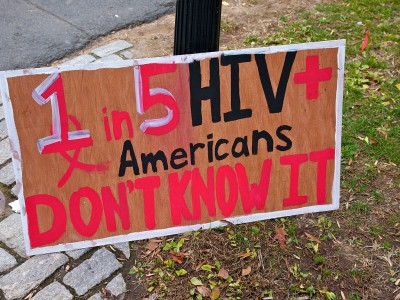 Just a few days ago a good friend of mine who has used the home test on two previous occasions gave me a call asking for a “HUGE” favor.  “Please do my HIV test for me.” I gladly (actually more reluctantly) agreed and hopped on the train to his apartment.  On my way I wondered if I had done the right thing… Should I have sent him to a clinical setting? Should I have declined? What if the “third time is a charm” and he tested positive in front of me? What would I do if he tested positive… Should I react as a friend or as the HIV counselor I am?

As agreed, I got to his apartment and before performing the test I decided we should talk about setting some boundaries and clarifying his expectations about my role in this process. At the same time I asked permission to turn his situation into a bit of research for my own.  While going over the kit (I was pleasantly surprised at how straight forward and simple the instructions were written) I asked about his experience using the previous kits, his feelings, and his compliance with the instructions. As he expressed to me, THIS was the first home test he bought that “actually felt real”.  The first time he did it for the novelty and the second time as part of his testing routine, but on this occasion he actually felt that he had a chance to be positive because he had indeed had risky behaviors about three months ago.

That awareness of his risk was the trigger that froze him in his tracks and made him look for assistance this time around.  HIV prevention and testing strategies have been steadily creating opportunities that allow individuals to take a hands-on approach to their health.  At home HIV testing is a huge leap towards reducing the STIGMA associated with the condition but… It also puts in our hands the responsibility of getting a confirmatory test, reaching out to our personal support networks and managing our own emotions, prejudices and feelings about HIV without the presence of a professional.

As a gay man that has gone from getting tested every three months to testing “as necessary” after a personal and objective assessment of my risk behaviors, I have started wondering how the option of buying a test at a pharmacy and performing it on own at the privacy of my apartment will have an effect on my testing routine…

As an HIV/STD counselor, I have taken the task of making clear to my clients and personal networks that the decision making process is complicated.  It not only includes braving up and walking to the cashier to pay for the test, but also includes an evaluation of our own readiness to get tested, as well as the implications of doing it on our own or giving someone else the power of performing it on us.  Contrary to most things in life, practice doesn’t make it easier each time we get tested.

Now it is your turn… What do you think about an at-home HIV test?