Droppin’ Science: Why does evidence based information minimize risk? 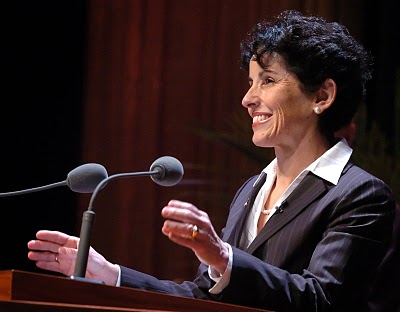 Surveys show that the American public has favorable opinions of science and technology, despite very little understanding of the  scientific method, the process by which science is tried and tested.  Therefore, in honor of the first Latina nominee to the National Science Foundation, the Centers for Hispanic Health Equity will attempt to explain the process in easy to understand terms.  Ready? (Excuse me while I adjust my pocket protector).

We are all influenced by the sum of our personal experiences.  No matter how smart you (think you) are, we all have inherent biases and prejudices. The Scientific method  is the process by which we minimize these influences to test our knowledge.

Step 1:  Observation – this may take the form of gathering previously collected data, or just staring at a quark until something happens (it’s your experiment). This is the first set of information and the basis for an educated guess.

Step 2: Formulate a Hypothesis – A hypothesis is an educated, informed guess.

Step 3: Use the hypothesis to predict something is going to happen.

Step 5: Peer review – Write it down in painstaking detail and get other people that have tried similar experiments to agree that you predicted something new. This is easy right?!

An astrophysicist like the fictional Dr. Sheldon Cooper, from television’s Big Bang Theory, may use this process to demonstrate that time travel is possible through string theory .  Public Health practitioners would use this process to gather evidence that an intervention; medical, behavioral, or otherwise, can disrupt negative health patterns in a population.

The interventions we use to protect the nation’s public health are often evidence based and have gone through scientific rigors.  In order to get the biggest bang for the buck (nerdy pun) it’s necessary to invest in evidence based interventions.  Public and private money alike seeks to achieve the highest impact possible.  Taking the time to understand the research behind an intervention is just as important to carrying out an intervention effectively, as is outreach.  Only physicists have the privilege of determining laws, the rest of us have to settle for theories.  Science builds on itself and what we knew yesterday will help inform the knowledge of tomorrow. It’s important not to get stuck in what we think we know.  We should be looking out for new disruptive innovations that bring us to our common goals.

We congratulate Dr. Cordova on her nomination and wish her well through confirmation.  It is our hope that Dr. Cordova’s prospective tenure as Director of the National Science Foundation will inspire a new generation of young women and men to venture into the sciences and create new knowledge for the ages.