Went looking for a Lighthouse in Hawaii: Found Pasteles as well as a Slice of Puerto Rico 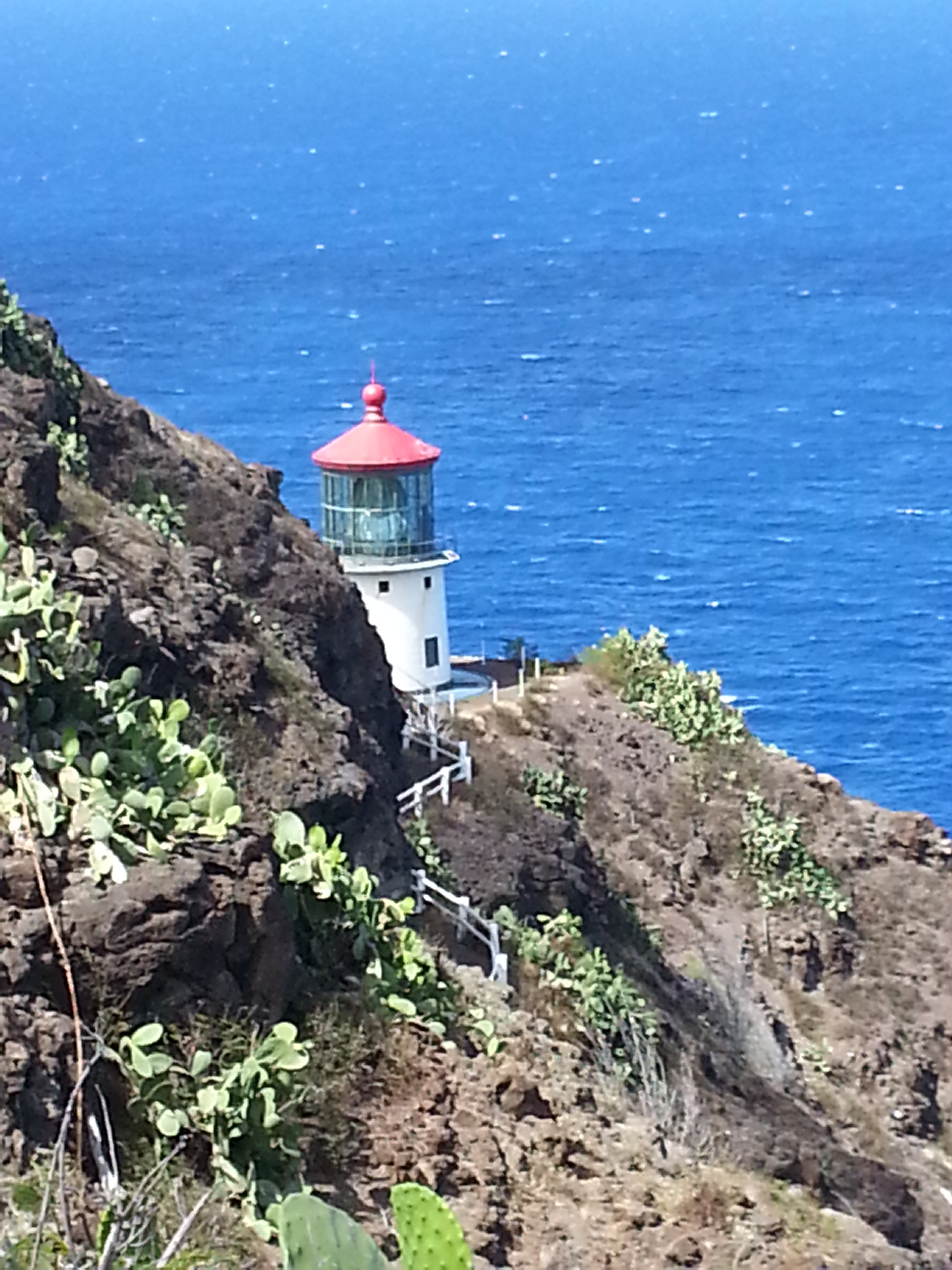 Many Puerto Ricans like to joke with one another that any town there is, no matter how big nor how small, there is a Puerto Rican or two. Thus, whenever I travel anywhere I find myself constantly searching for the town’s Puerto Rican. It’s a hobby of mine, you could say. Another travel hobby of mine: searching for lighthouses. I just love the majesty and history of lighthouses. Lo and behold, I traveled to Hawaii this past week so that I could present at the American Psychological Association Conference and I came across both a lighthouse and a few Puerto Ricans. Score!

Historically, the possibility of finding Puerto Ricans in Hawaii is not something new as about 5,000 Puerto Ricans traveled to Hawaii way back in 1899. Puerto Rico, the land of sugar cane fields, suffered several immensely devastating hurricanes in 1899 devastating a blossoming economy. This natural disaster caused a world-wide shortage in sugar. Hawaii had a huge demand for sugar. Hawaiian sugar plantation owners began to recruit the jobless, but experienced, laborers in Puerto Rico. And the rest is history and what could be labeled in hindsight a win/win situation.

So, here I was a Puerto Rican in Hawaii in the year 2013 enjoying many many sugar products while I networked, presented and attended sessions on stigma and HIV. During downtime, my colleague and I decided to engage in a bit of community mapping. Part of that mapping entailed walking through muddy trails, slipping and sliding towards waterfalls, as well as nearly getting heat stroke while I searched for a lighthouse up a 2 mile hike in full blazing sun. On a whim we climbed up the Makapu’u Point Trail Lighthouse which is a truly glorious way to spend the afternoon. Ever since I was a little girl I have dreamt of lighthouses. I recall quite vividly learning about the Lighthouse of Alexandria, built on the island of Pharos in Hellenistic Egypt and being totally enchanted with the idea of living in a lighthouse. They have an air of romanticism to them yet they can also be so utilitarian. But I digress. Did you know that National Lighthouse and Lightship Weekend is celebrated on the first weekend of August and I got to celebrate it by visiting the Makapu’u lighthouse. And what a blessed sight it was.
After experiencing that wonderful point of history, we continued on our community mapping of the eastern part of Hawaii. The sun was starting to set and we were getting ready to make our way back to Waikiki. When out of the corner of my eye I see a tent stand that proudly advertises “pasteles and Spanish rice here”. What? What? Yes, there was a stand where a man was sitting reading his newspaper while selling pasteles. I felt I had been transported to Puerto Rico at that moment. I felt at that moment that I had come across the holy grail of Puerto Rican cuisine. In case you are unfamiliar with pasteles are filled with a masa made from grated green plantains, Caribbean pumpkin, and other native root vegetables. The masa is filled with sautéed meat and vegetables. In Puerto Rico, pasteles are a cherished culinary recipe. You can have pasteles for Christmas, thanksgiving, easter, Halloween, birthdays, new haircuts and so on. We got of the car and walked over to the pasteles guy. Friendly enough. I asked him if he was Puerto Rican. He was not. But his wife was. I excitedly asked him where are the Puerto Ricans or other Hispanics for that matter? He just looked at me blankly for a second and stated that there was no one place where Puerto Ricans could be found. They were basically embedded throughout all communities. Hmm. Interesting. We bought a spicey one that we went one to devour within five minutes in the parking lot.

The next day of our conference trip, after presenting, we set out to check out the western side of Oahu. But first we stopped at the Mercado de la Raza in the downtown area of Honolulu. It was basically a bodega. I asked the owner, a Mexican woman who has been living in Hawaii for 40 years, where are the Latinos. She stared at me blankly for a second and noted they are everywhere. There are not that many, but they are just everywhere. Hispanics, just like every other group in Hawaii, lives where they can afford to live. It is as simple as that she said. As I listened to her story of living in Hawaii as a Hispanic woman, I grabbed a flyer for Peruvian Rotisserie chicken at a nearby corner. As Latinos are embedded within the fabric of the communities, there are Hispanic food stands apparently strewn about. As we continued on our journey to the western part of Oahu, we made it to a far off section called Waianae. There was another pasteles stand. There was a house that had a Puerto Rican flag proudly blowing in the non-existent wind. And there was a Puerto Rican restaurant called Coquitos. I felt I had traveled across the dessert and had stumbled upon a mirage. Was this true? Indeed it was. I ordered me some carne guisada (beef stew) with rice and habichuelas (red stew beans). A few blocks own there was a stand selling lumpias. I know there is no supposed Hispanic neighborhood, but this sure felt a little like my cherished Arecibo. Oh and by the way, there was another former lighthouse called Kaena State Point Park of Hawaii reminding me of the fact that Puerto Rico itself has 16 lighthouses, which include 11 historic lighthouses built by the Spanish before the U.S. annexation.

I had set out to find a lighthouse in Hawaii and I found a bit of Puerto Rico. Wepa!