“I am an American!” Marc Anthony helps us understand what it means to be the “Other” 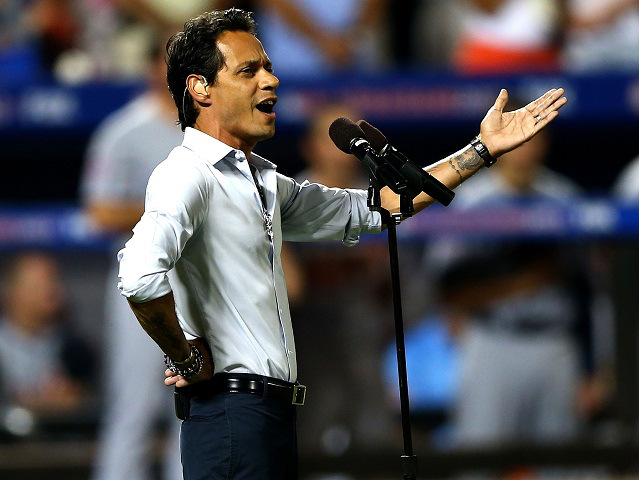 Entertainer Marc Anthony has suddenly emerged as a voice of reason for the 50 Million Hispanics in the United States.  Following his rendition of God Bless America at the 2013 Major League Baseball All-Star game he became the target of a series of racist tirades on social media.   The 44 year old New York native responded quickly and with a stern tone declaring “I am an American!”

The notion of the Latin-American in the United States is not new.  Some have adopted the US as their country, while others that are born in the US are afforded citizenship by the constitution’s 14th amendment.  However, navigating the notion of ethnic identity can often be complex.  I am often asked during trainings, “What is the proper term: Latino, Hispanic or …”.   The short answer is that it doesn’t matter.  A recent Gallop poll demonstrates that there is no particular preference between the term ‘Hispanic and Latino’ (I use the terms interchangeably).  The official response is that people, Latinos or Hispanic (your term choice)more readily identify with their country or culture of origin. Therefore, those whose ancestors are Puerto Ricans (such as in Marc Anthony’s case) typically identify as Puerto Rican. I make the case by explaining that there are no Latinos or Hispanics in Puerto Rico …they are Puerto Ricans.

Surveys and questionnaires typically follow the guidance of the US Census Bureau.  They begin by  asking, are you “Hispanic or Latino” ,if yes then what is your race?  In the US, the identity of Hispanic and/or Latino is not determined by the community but by the status quo.  The race questions typically throw people off because the concept of race is also determined by the status quo.   Our social constructs may advise that we perceive Latinos (of any background) as “nonwhite” despite the census category.  The backlash behind the Marc Anthony controversy also demonstrates that this social construct often categories this population as “non-American”.   Subsequently, Latinos are often forced to choose the  “other”, category on the census and other surveys.  They often choose this “other” category because they do not quite get the status quo construct or they choose to not follow along.

Understanding the “other” category is a key factor to understanding the diversity and nuances of our community.  Often times “others” have dual identities that are not represented.  We completely miss the mark when we neglect the “others” and do not include them as part of our programs.  The backlash Marc Anthony experienced stings a bit, especially to those of us that put our efforts into bringing awareness and bridging cultures.  What’s worse is when we recognize these issues structurally.

We’re often called on to provide cultural competency services to organizations venturing into, or struggling with, working with an emerging Latino community.  The social media messages that followed the Marc Anthony controversy are somewhat  representative of the ideas and concerns we hear from those working in health care or public health (although stated more sensitively).  Our main objective is to help our participants not perceive the Hispanic an “other”,  but as part of their community.

For information on providing cultural competency services in your healthcare or community setting please contact our CBA Department at mvega@latinoaids.org