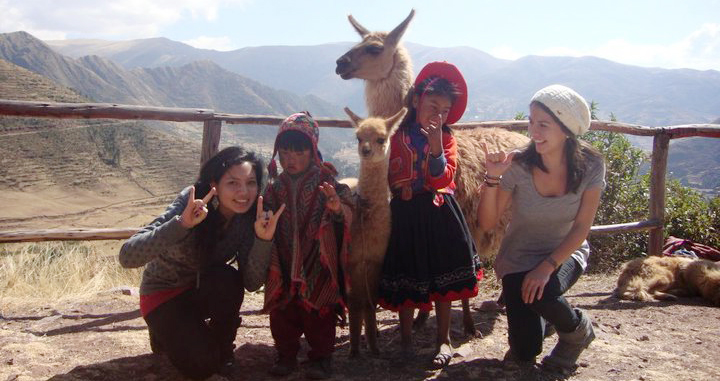 Saudade: a deep emotional state of nostalgic or profound melancholic longing for an absent something or someone that one loves.

The study of linguistics has intrigued me ever since I was little because I grew up learning English and Spanish at the same time. I sometimes would find myself pausing to find the right word to say to my friends in English, but not being sure it existed. As I grew older, I learned that different languages had words for certain feelings and moments that did not exist in English, simply because of culture differences. It was a weird, literally foreign concept to wrap my head around until I was introduced to saudade.

Saudade is a word of Portuguese origin that describes a feeling that can’t be summarized in one word in the English language—it is untranslatable. Saudade was once described as “the love that remains” after someone or something is gone. It often carries a repressed knowledge that the object of longing may never return. In some circumstances, it describes a feeling of intense homesickness. It is an emotion I have seen on my parents’ and relatives’ faces many times when they share memories of growing up in Peru.

It is a feeling that many immigrants feel after they have lived in the United States for several years while raising their children. It is a feeling of longing for what was once home, even if it wasn’t perfect. It is a longing for familiarity that they want to share with their friends but can’t find the words to describe it. It is a feeling of torment, especially if you’re powerless to do anything about it. Undocumented workers who have come here for a better life are stuck in this saudade limbo—thankful to be here, but deeply wistful for what they’ve lost in the battle.

There is another term coined by an American sociologist and anthropologist Ruth Hill Useem that I canrelateto—Third Culture Kid (TCK). A TCK is described as “a person who has spent a significant part of his or her developmental years outside the parents’ culture… and builds relationships to all of the cultures, while not having full ownership in any.” We don’t feel like we belong in this new world we’ve grown up in, but at the same time we’ve lost almost all our ties to where we came from. This is a different state of limbo from saudade. It is a limbo where we have no identity, where “we are neither of one world nor the other, but between.” A TCK is capable of feeling saudade. We have saudade for belonging. We want to be able to say “I’m from X country” and truly feel like it is home, while at the same time feeling at home where we are.

How have you felt saudade in your life?