Nice is as Nice Does: Can I be as Nice as Bill and Melinda Gates 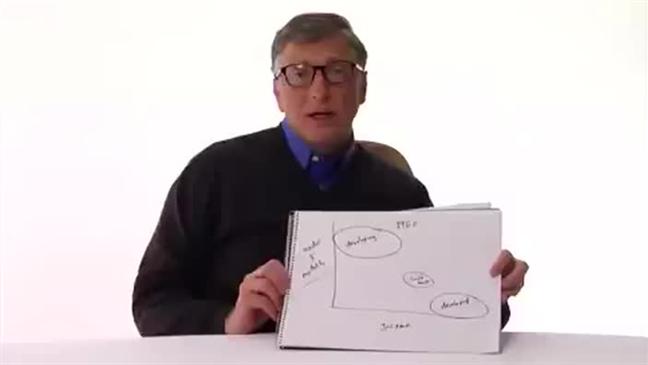 Can I be as Nice as Bill and Melinda Gates?

The Bill and Melinda Gates Foundation was instrumental in helping me recognize the nicest thing I’ve ever done.  Watching Charlie Rose interview Bill Gates promoting the 2014 Gates Annual Letter then subsequently reading said letter helped me understand the impact that philanthropy can have on the world.  Mr. Gates is very optimistic because he’s changing the world for the better, but that’s not what makes him nice.

Disruptive leadership is not about being nice, it’s about change.  Change is uncomfortable, not nice.  Mr. Gates’ letter tells us the world he was born into has changed.  He highlights that, “by 2035, there will be almost no poor countries left in the world.”  Now, I grew up in a superpower country during the cold war, I’m not sure that Mr. Gates perception sits right with me.  After all, Lyndon B. Johnson’s war on poverty became a lesson in futility.  Extreme poverty and disease has been the status quo for so long that questioning its existence in the world is implausible.  So that’s why this year’s Gates Annual Letter made me a little skeptical of his motives.  What reason does one of the world’s wealthiest couples has telling us that extreme poverty and disease can be virtually eradicated; is he just trying to be nice?

Leadership takes you to your goal.  Mr. Gates led Microsoft from its birth to become the world’s essential operating system.  He retired from day to day business to focus full time on his the Bill and Melinda Gates Foundation.  The foundation has three areas of focus; global development, global health, and student achievement in the United States.  The 2014 letter outlines 3 myths that block progress for the poor:

Within these 3 sections Bill and Melinda make the argument that the way we were taught to perceive the world as shaped by commercials starring Sally Struthers for Christian Children’s fund or Alyssa Milano for Global Network has changed.  Experiencing pop culture fund drives by all-star bands like USA for Africa or Band AID that sound alarm bells about extreme drought and famine in Ethiopia is antiquated.  Included in this perception I bring forth is the image of Bono making a desperate plea to the leaders of the G8 countries to forgive the debt of poor countries circa 2008.  Here’s a thing: It’s not nice to try to change that perception otherwise folks would have no reason to give.  How could they mess with the images of the world we hold outside of the United States borders?  Where are their idealistic sensibilities?

Billionaire Warren Buffet, The Oracle of Omaha, is the trustee of the Bill and Melinda Gates Foundation.  Rumor has it that Warren Buffet is a generally nice guy and is really good with money.  So much so, that the stock market reacts every time Mr. Buffet buys or sells shares of anything.  He doesn’t follow the smart money. He is the smart money.  In 2006, Warren Buffet pledged his amassed wealth of $30 billion to the foundation so they can carry on their work.  He didn’t even ask to put his name on the logo. It’s like imagining Andrew Carnegie leaving his fortune to the Rockefeller Foundation, also an implausible image.  In 2010, Melinda, Bill, and Warren set out to encourage America’s wealthiest families if they would donate the majority of their wealth. Why not, if Warren Buffet calls and tells you where to put your money, you listen, right?

Since stepping down as the President of Microsoft, Bill Gates has set out to change the world.  As much effort we put into making an impact it seems that their namesake foundation literally is trying to change the way I see the world.  The remarkable part is that the letter contains a message of hope.  It connotes that the biggest problem is that we can’t see how good things are getting, that the foundations visions, implausible as it may seem is being demonstrated in all over the world in places like Mexico City, Nairobi, and Shanghai.

Shanghai, China
Bill and Melinda Gates are disruptive leaders!   However this is not as extraordinary as it may seem.  Blogger and Entrepreneur, Seth Godin describes what everyday leadership looks like in the internet age.  He suggests that leadership arises when a group gathers for a common cause or goal, followed by a vacuum.  It’s about showing up and stepping up.  Have you ever been in a planning group or board room when it comes time to elect a leader?  In my experience it’s often difficult to get people to throw their hat into the ring and choose the lead the group. Bill and Melinda make the impact they make because of the company they keep.  America’s wealthiest families are their peers, however Bill and Melinda stepped up and proverbially said, “We’ll take this, alleviating extreme poverty and disease, we’ll lead this on our behalf.”  If only Warren Buffet could confirm that this is how it transpired.

When I saw Bill Gates being interviewed on Charlie Rose talking about how the world has changed, it not only hit me as to why Bill Gates is nice.  It helped me recognize when I did something nice.  Bill presented us with a message of hope.  I envisioned that my child will inherit a world better than the world I grew up in and that was nice.  Bill and Melinda are nice because they showed up and stepped up.  I was challenged to write this blog post today during a meeting of our research and evaluation team, my initial reaction was to accept the challenge.  We have opportunities to show up and step up on a regular basis in a many areas of our lives, with our families, our jobs, our communities.  Therefore helping you, reading this post, know that you too can make a difference in this world like Bill and Melinda Gates simply by recognizing opportunities.  The nicest thing I’ve ever done is give others hope by showing up and stepping up.

6 thoughts on “Nice is as Nice Does: Can I be as Nice as Bill and Melinda Gates”