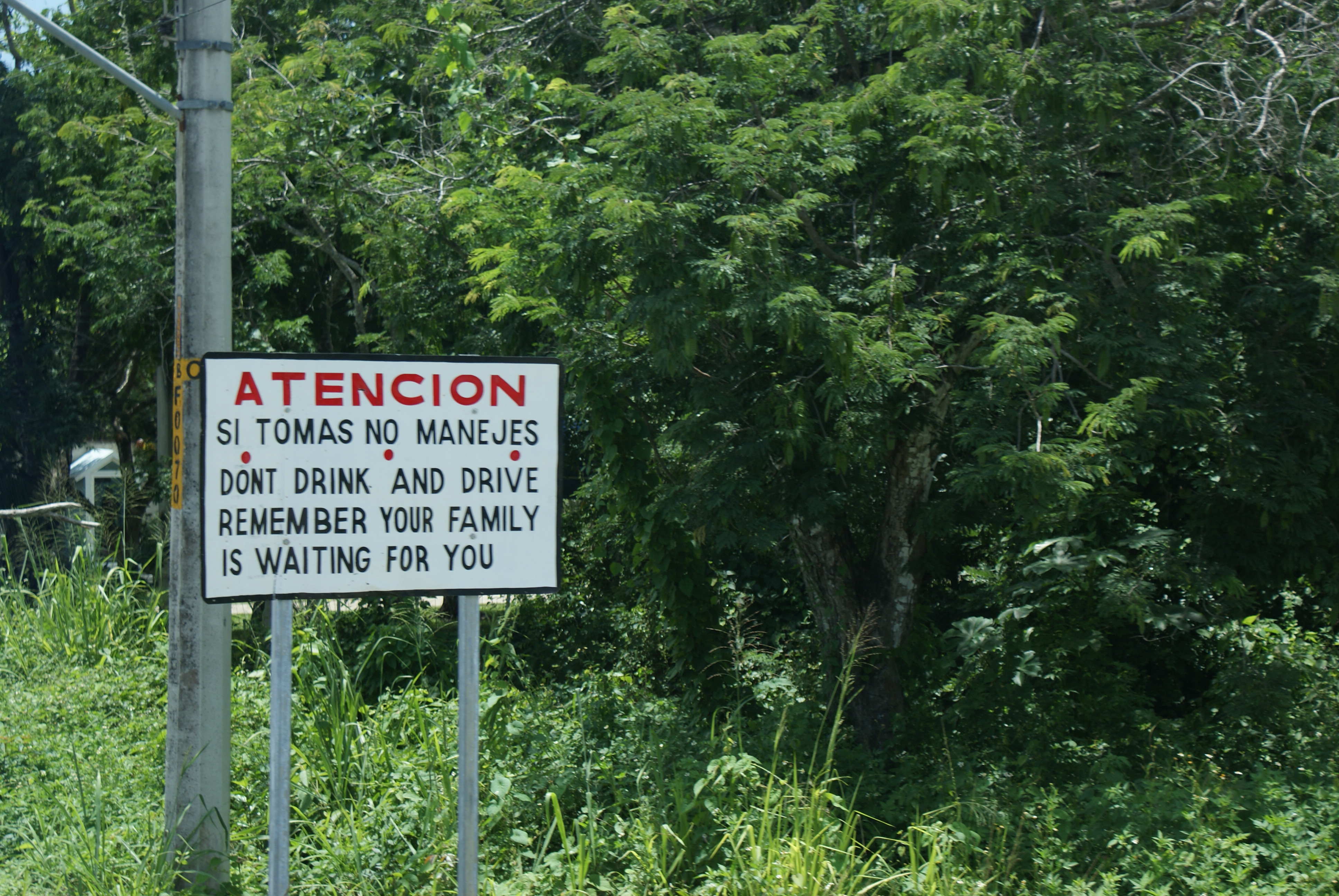 As many of you know by now, I love to photograph social marketing campaigns throughout the world. The way social and health policies are promoted says much about a community and also about its challenges and corresponding priorities. On my recent trip to Cozumel, Mexico, I came across many social marketing campaigns around cancer and childhood diseases that targeted the value of collectivism (a sense of being one with the community). The value of collectivism stresses the importance of cohesion within social groups and emphasizes the interdependence of every human.

In the campaign I highlight here, the value of collectivism is used to drive home its main point, but in a slightly more nuanced and interesting way. The campaign exhorts in Spanish: “atencion. Si tomas no manejes.” Meaning, if you drink, don’t drive. Here comes the interesting part. The next part of the marketing ad is in English whereby they remind you that “your family is waiting for you.” They took the sense of collectivism that exists in many Hispanic communities and translated (transposed it) to the English speaking community. Or rather, tourists, I assume. It is meant to remind tourists that they have families waiting for them on the other side of the border and to thus they should act responsibly.

I often do not come across bi-cultural, bilingual social marketing campaigns such as this one. Thus, this was an enlightening campaign to capture and reflect upon. What does it mean to have such a fluid set of traffic flow in both the literal sense and in the cultural realm? How do you target such a set of differentiated groups with just one campaign? Here, they used a core community value and applied it to both disparate groups.

The nerd in me wanted to immediately go and do street intercepts to evaluate the campaign. Your thoughts? have you encountered such a social marketing campaign before?