Another Dance With Disruptive Innovations: My Reflections on the HIV/AIDS Field in A Time of Change 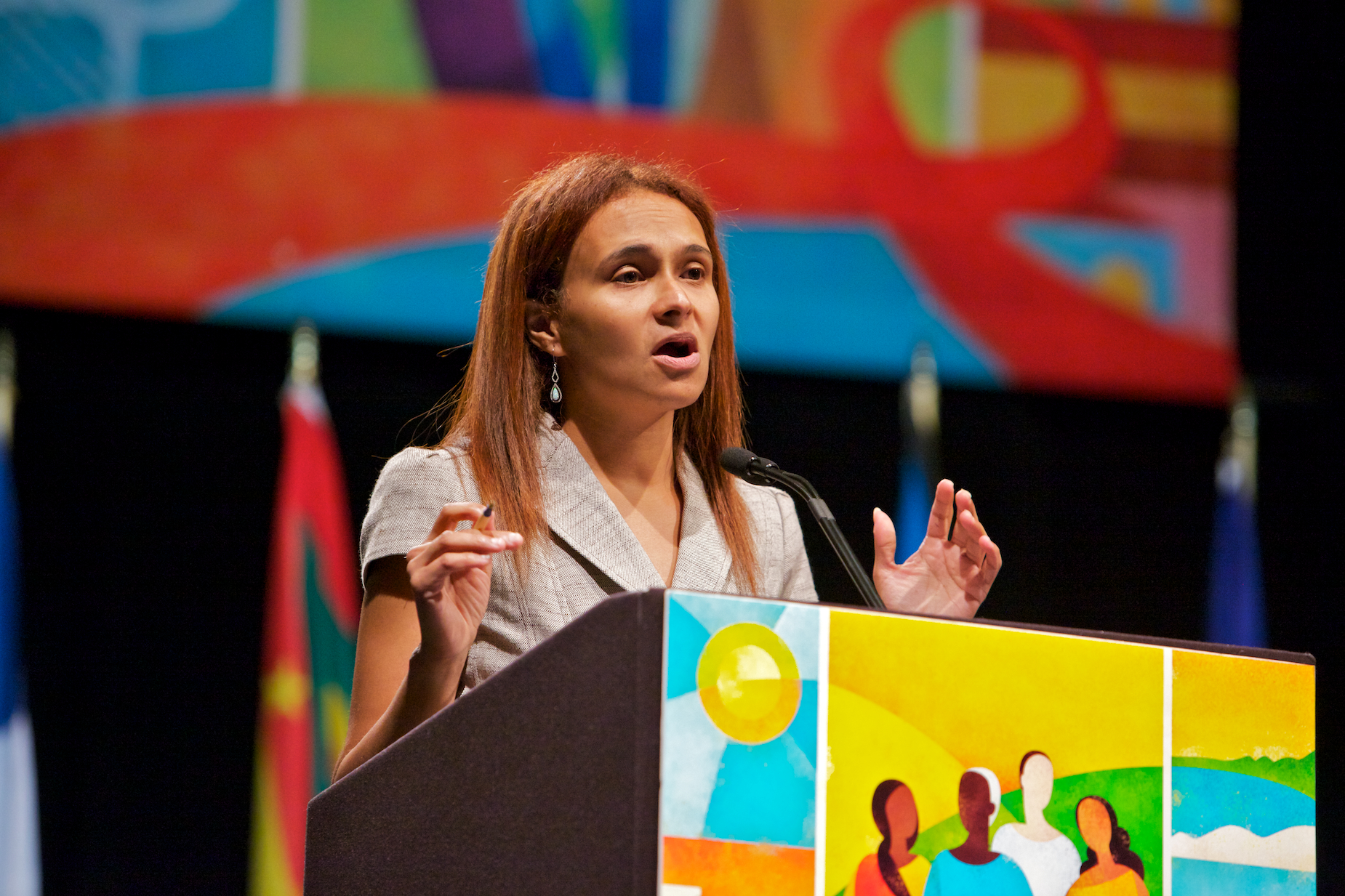 As of July 12, 2013, I have been at the Latino Commission on AIDS (the Commission) for nine years.  I was hired and mentored by the Commission’s founder and committed champion of civil rights Dennis Deleon, who passed away two years ago, but lives on with us in spirit.  As my ninth anniversary with the Commission passed, I thought about the important lessons I learned from Dennis, and found myself reflecting on the personal side of the ongoing struggle towards the goal of an AIDS-free generation. My work in this field has nearly spanned a decade, but in truth, I am not a veteran of the fight against HIV/AIDS.  As part of Generation X, I grew up in the shadow of an epidemic that began ravaging my childhood neighborhood in the South Bronx, but had yet to even be named.  Years later, I now live and breathe the efforts to eradicate the disease, with many years of work ahead.  In my lifetime thus far, I have seen HIV/AIDS go from being viewed as a “gay” epidemic to a plague that affects us all, from a death sentence to a chronic disease, and from a local community problem to a scientific challenge increasingly addressed through research at a national and international level.

As I entered the workforce, common wisdom among my Generation X cohort was that you only stayed at a job for two years and then moved on to bigger and better things, and five years at the same organization may as well be an eternity, but in the whirlwind that is the fight against HIV/AIDS, I am here nine years later, and my sense of commitment to the cause is unadulterated.  Life has certainly changed in the interim, as I received a crash course in HIV/AIDS, human rights, and management at the feet of Dennis Deleon, had a child, bought a house, embraced my adulthood, learned to dance a passable (although opinions vary) salsa, and traveled the country on behalf of the Commission.  I have lost and found my footing over and over again, finding my voice as an HIV/AIDS prevention researcher, a public health advocate, and as a senior management of a non-profit.  These experiences have shaped what I am today, but I find that no matter how much I learn, I am still evolving.  And the essence of evolution is to repeatedly stand tall, stumble, and stand up again, learning from failures as well as successes – we can only be what we are in the moment, but that should not prevent us from striving for better, for as author Herman Hesse said, “The world is not imperfect or slowly evolving along a path to perfection. No, it is perfect at every moment; every sin already carries grace in it.”

When I started at The Commission, community-based organizations across the nation were reeling like a boxer after a few knocks to the head, desperately trying to steady himself on the ropes.  Just like the punch-drunk boxer, CBO’s were pivoting and dancing, bobbing and weaving, trying to avoid the next set of blows and regain their footing.  Community-based organizations had long served as not only the vanguard for the delivery of HIV/AIDS services, but also as the voice of the community, particularly underserved, underrepresented, and sometimes invisible communities.  Success at bringing increased national attention to HIV/AIDS, certainly a prerequisite for advancing the fight against HIV/AIDS, reducing the stigma, and marshaling additional resources, also brought with it unintended and unanticipated consequences.  CBO’s found that even as more resources became available to them, after years of struggle in social obscurity and relative organizational penury, that access to the new resources was often dependent on the implementation of what have come to be referred to as “evidence-based interventions”, that is interventions designed through scientific research originating outside the communities they served.  If they wanted to receive funding from the Centers for Disease Control and Prevention (CDC) or certain health departments, there were not a lot of options apart from this new style of prevention programming. CBOs were being told that although they were embedded in communities, they had to implement programs that had been found effective by an academic researcher conducting a study 3,000 miles away in a totally different community.  Mind you, not only were those interventions reportedly considered effective across different communities, but the cynical might observe that researchers had also been well-funded to find these interventions effective through sizable research grants, very nearly assuring that they would pass tests of efficacy.  I am not implying any sort of malfeasance, but it is human nature to seek evidence that validates one’s own theories, whether we’re talking about dating or social scientific research.  The new models of prevention were well-grounded in abstract underlying behavioral theories and placed a great deal of focus on the individual, often outside the context of the individual’s unique environment.  This was a fundamental upheaval of the grassroots nature that previously characterized CBO services.

I came in to the Commission as Behavioral Science Director. My position, which had not existed previously, was largely based on the increasingly important need for the organization to move to evidence based behavioral interventions. I am a Ph.D. social psychologist trained in behavioral theories and social research.  I am Dr. Vega, but don’t call me that.  It makes me feel old.  Given my background, I arrived in the world of community based organizations as an outsider, amidst a sea of changes washing over the entire network of public health-oriented organizations. I didn’t grow up in the movement or the field. And when I came, the field was being disrupted by a technical innovation called the Diffusion of Effective Behavioral Interventions (DEBIs).  I didn’t immediately understand how disruptive it was as I hadn’t been that familiar with the status quo.  Disruptive innovations are new technologies (or techniques) that flood a market and quickly replacing existing technologies with an accompanying lag in knowledge uptake.  Essentially, a revolution in the styles and knowledge needed to cope with a new reality land on your head, and everyone must scramble to learn and adapt to function in the new universe (See our publication on the CHANGE model for a more robust description of disruptive innovations).  The HIV/AIDS field was being flooded with effective interventions, quickly displacing homegrown, old-school interventions and programs; yet there was not enough training or materials to aid in the transition, and sometimes entire skills sets were suddenly rendered obsolete. For better or for worse, there is little doubt that the emergence of the DEBIs as a primary prevention tool were a disruptive innovation.

But as a late entry into the race, I didn’t immediately understand the extent to which structural changes were altering the face of community based service delivery. Within a few years I not only got it, but I dared to label these interventions disruptive interventions at the CDC’s own conference.  I didn’t consider this particular view to be especially controversial, rather a simple observation of what was occurring around me and in the many organizations we worked with.  Strangely, people either loved it or hated the idea, but it got people talking and it  put a label on what we could all feel happening in the non-profit world.  My number one lesson in my nine years at the Commission –You cannot be afraid to be a voice for the people. It must be your calling.  You must always be an advocate whether it is on behalf of the community overall, on behalf of organizational integrity or on behalf of your self.

Three years before I came to the Commission I was a Dalmas A. Taylor Fellow for the Society for the Psychological Study of Social Issues (SPSSI).  While there I got my first taste of advocacy. I wrote a newsletter article praising the virtues of being a scientist-advocate.  Being a scientist-advocate doesn’t mean uncritically supporting the idea that the community should apply evidence based principles. Nor does it mean that one is a universal expert that should be unquestioningly listened to by policy wonks. What it means is always learning and being open to understanding the true needs and readiness of communities. Readiness–now that is a key phrase.  As a scientist I must strive for knowledge and rigor, as an advocate I must understand readiness and pressing needs.  We must understand that like politics, all epidemics are local and contextualized by social, cultural and political conditions that surround them. As noted social psychologist Lewin noted decades earlier, behavior is a function of the person by the environment.

We are now in the midst of another disruptive innovation in the HIV/AIDS field.  In 2010, we saw the release of the first ever HIV/AIDS National Strategy in the United States.  While it is wonderful that we have finally reached that stage (albeit 30 years into the epidemic) there is much evidence-based verbiage that happens to coincide with the rapid biomedical advancements occurring in the HIV/AIDS field. When you factor in the Affordable Care Act we are smack in the middle of the perfect storm (confluence of events) of yet another set of disruptive innovations.  It is amazing to experience two different episodes of disruptive innovation within such a short span of time – it is like living long enough to see us move from the telegraph to the cell phone.  The pace of innovation continues to speed up in many fields.  Many of us have been alive long enough to see the evolution from cassettes to CDs, to MP3s, and it seemed to happen in a New York second.   Fast enough to give one whiplash.  Luckily, I have learned to stand firm and maintain my footing as the ground shifts beneath all our feet. I have found my voice on behalf of the community, and whatever technological advance occurs, I will strive not only for scientific understanding of the phenomena, but also raise my voice as an advocate for the community.