Past, Present, and Possible Futures in Alabama 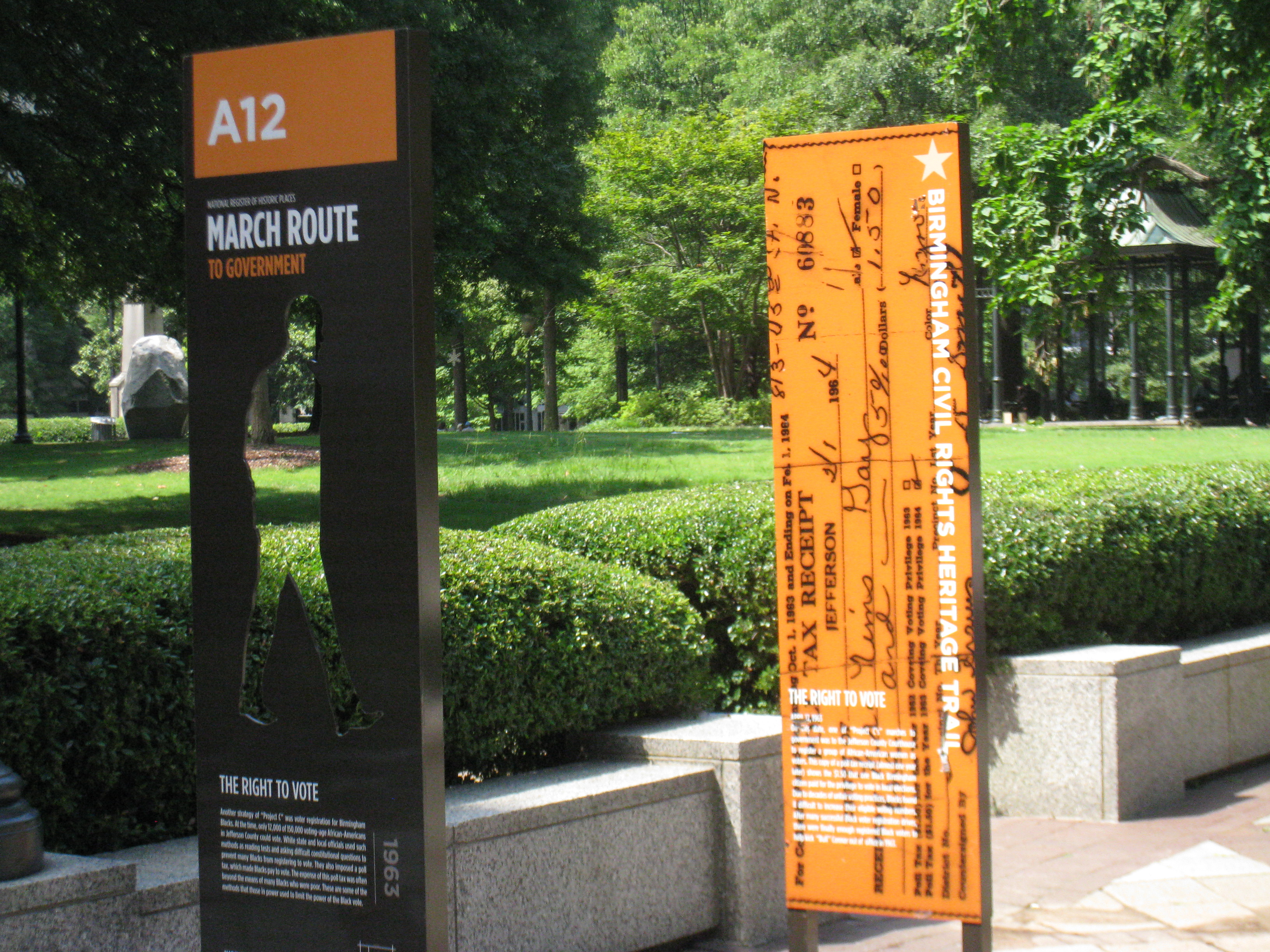 Whole new different day same old thing
All I got is dreams nobody else can see
Nobody else believes, nobody else but me
Where are you victory…
–Jay-Z

In our own ways, we all share the common goal of creating a better future, but we do not always agree on how to achieve that goal, or even on what a better future might look like.  Regardless of differing philosophies, religions, politics, and perspectives, we can all agree that we should not let wounded memories or mistakes of the past prevent advancement towards a consensus about fairness and justice.  With this as a beginning, we can successfully proceed together, for as author David Weinbaum observed, “The secret to a rich life is to have more beginnings than endings”.   Alabama has had a unique and important role in American history, as the tableau where enduring social tensions have been played out, ultimately providing an example that egalitarian change is indeed possible, that we all learn and grow by understanding one another, and that individual actions play an important role in social change.

In Montgomery, Alabama the actions of Alabaman Rosa Parks challenged, as a private citizen, what was considered ‘normal’ out of frustration with injustice, and her actions shook the nation.  During March of 1965, approximately 600 individuals marched peacefully to the courthouse in Marion to bring attention to the Constitutional rights violations endured by African-Americans during which protestor Jimmie Lee Jackson was shot and killed by the police.  Civil rights marches subsequently blossomed, uniting individuals of various races, ethnicities, and religions, who came together to communicate a message that hate and inequality were unacceptable and not to be tolerated, a message that slowly trickled up to Washington.    These types of events, often emerging from a relatively small number of individuals, generated wider awareness, attracted widespread support, and eventually transformed both the state of Alabama and the nation.

Today, those revered and revolutionary advocates for social justice are honored and remembered, particularly through the actions of community members across all walks of life who recognize the struggles of daily life.  From a grassroots level, they are trying to promote increased equity for their entire state.  That’s especially clear at Medical AIDS Outreach of Alabama, a non-profit, community-based AIDS service organization covering 26 counties throughout South Central Alabama.  Publicly, the organization emphasizes their medical component, Copeland Care Clinic in hopes of protecting client confidentiality and formulating a palatable approach to combating AIDS that encounters the least resistance.  It’s nestled in a discrete, grey, unassuming building in the McGehee/Allendale area where the median income is 101K, with 82% of the population being white-collar workers.  Down the street, there are two separate country clubs with lush green-carpeted lawns surrounding massive structures.  The landscape, gates, and high walls scream ‘limited’ access, which is an odd juxtaposition, given the open, community-focused organization nearby.

This is a place where HIV patients come to receive the best care available.  The majority of the patients here do not reflect the income and demographics of the neighboring community.  Many were forfeiting their health due to barriers such as transportation.  Although there are 15 fixed bus routes throughout Montgomery, there are only three lines that run through the clinic area with the closest stop nearly 500 feet away.  Most are further.  Even with five other clinics in rural Alabama, patients find it extremely difficult to access healthcare.  Recognizing this major barrier for their patients, the clinic invested in a tele-medicine system that provides patients with access to their physicians with minimal inconvenience.  Patients can now visit with their physician once a week.  During the visit, a registered nurse is in the exam room and the physician has access to the patient’s vitals through various gadgets.  According to the medical director at the Montgomery site, this new system has shown to significantly reduce emergency room visits and improve their client’s overall quality of life.  For the most part, patients are happy and describe the care at the clinic as compassionate.  This may be the future of rural medicine.

Rural medicine will have to change in the future as target populations are often geographically remote, hard to reach, and can be extremely insular and wary of outsiders. During a trip to the nearby trailer homes, I noticed the same barriers.  High walls inadvertently formed by the surrounding abandoned buildings separated the community.  The entire community was built behind an empty shopping strip mall, though it felt more like a close-knit community than many of the other neighborhoods that I came across.  Each home had a nice garden and porch; and one in particular that stood out to me had dozens of sunflowers that enveloped the home. It created an inviting environment.  There weren’t many children out, but I was told that the neighbors often congregate near the lake and playground after work, which happened to be in the center of the neighborhood.  Compare this to the nearby apartments or projects where the homes were lined together like Tetris pieces with no apparent ‘center’.  The local populations are still distinctly segregated, no longer by law, but often by barriers of income, language, and familiarity.

The blurred line between East and West Montgomery is only apparent when crossing the underpass and highway – chicken plants, trailer homes and daylight prostitution into the world of country clubs, New American dining, and chain store shopping.  Alabama is remarkable in the way that it coexists and utilizes what’s available to enhance the quality of life of every citizen.  As I’m writing this, the clinic is coming up with creative ways to reach the communities and develop additional partnerships to bridge the gap.  Relationships are developing to ensure the overall growth of the organization in a way that does not compromise the quality of care for the patients or the mission of the organization.  Significant and positive change continues to happen in much the same way it always has – brave and forward-thinking community leaders with innovative ideas take actions to challenge and change the norm.