Putting a spotlight on those living on the margins: The premiere of ‘deepsouth’ documentary 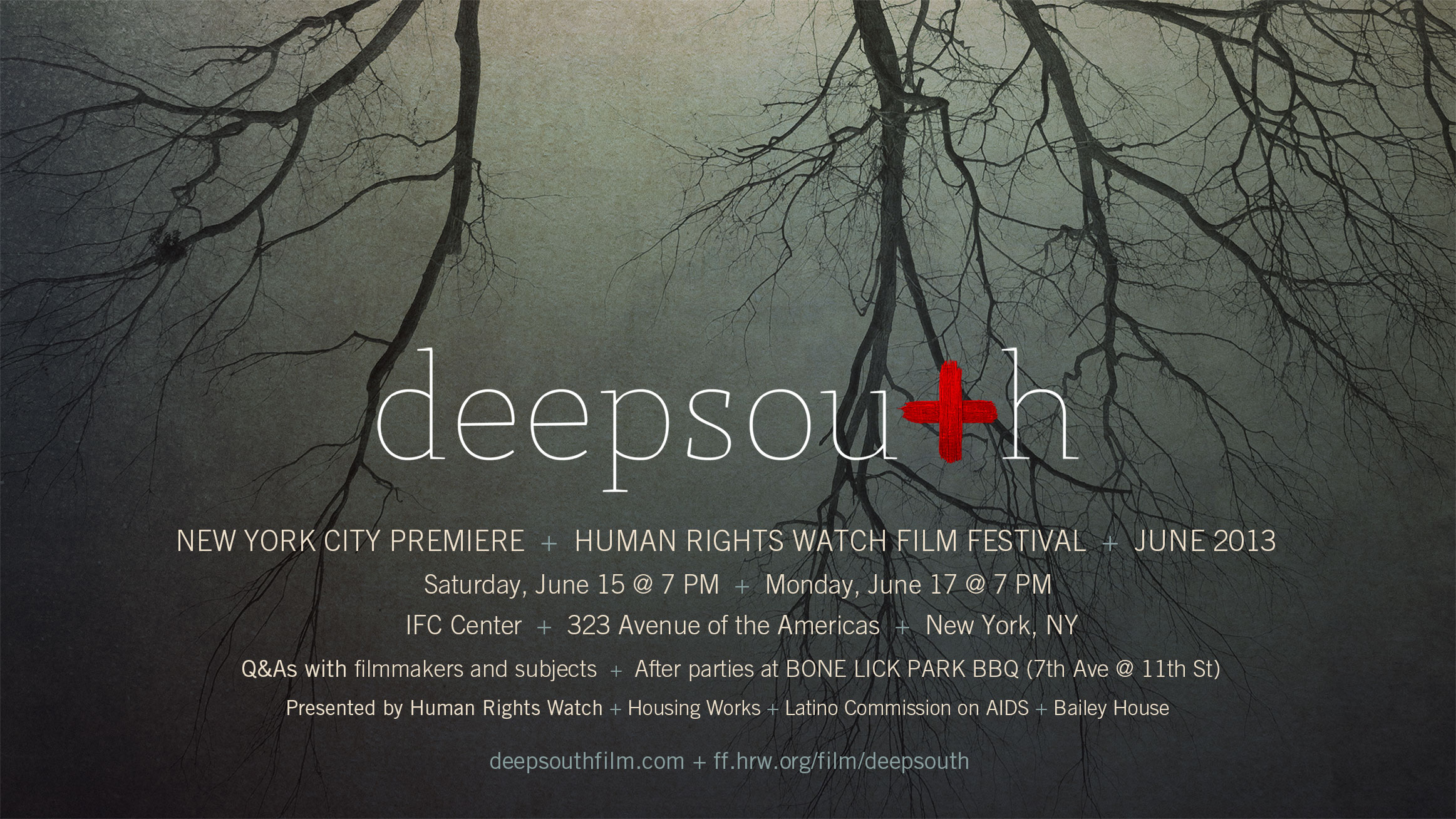 Latinos in the Deep South congratulates Lisa Biagiotti for the premiere of her documentary ‘deepsouth’ at New York’s Human Rights Watch Film Festival.  A poetic and grounding exploration into the lives of those affected by HIV in the American South, the film will be presented Saturday June 15 7:00 p.m., IFC Center with an encore presentation Monday June 17 7:00 p.m., IFC Center .

The film follows three stories; one featuring Joshua Alexander, a college student, as he seeks the support of an underground gay family miles away from his suffocating Mississippi Delta hometown. Another story follows Monica Johnson and Tamela King who, with no funds and few resources, try tirelessly to unite reluctant participants at their annual HIV retreat in rural Louisiana. Finally, Kathie Hiers, an Alabama activist, spends 120 days a year on the road fighting a bureaucracy that continues to ignore the South.  The cast will be available on both nights to discuss the film and the structural issues encountered living in the south.

For over 30 years, the global epidemic has overshadowed the fight at home, where HIV has never looked like this before. Biagiotti calls attention to the resilience of those affected by the epidemic in the midst of high unemployment, poverty, discrimination, lack of educational opportunities, homophobia, and too few health care resources.  Biagotti’s film challenges the audience to look for more coordinated efforts with holistic and proactive approaches to end AIDS in the South. “We are all needed to contribute to the national discussion around developing culturally responsive programs that address structural challenges, and at the same time engaging and retaining patients with HIV in comprehensive and continuous care,” said Dr. Miriam Y. Vega, Vice President of the Latino Commission on AIDS

The South is home to nearly half of all new HIV diagnoses in the United States, and has death rates from AIDS that are much higher than the national average. Human Rights Watch has documented the harmful and misguided laws and policies that in many southern states fuel the epidemic and disproportionately affects African American and Latino communities. Human Rights Watch reports from Mississippi, North Carolina, and other southern states highlight the voices of people living with HIV and their families, and their daily struggle to survive.

The New York premiere is presented in association with Housing Works and Latino Commission on AIDS, to buy tickets in advance click here.

Latinos in the Deep South is a program coordinated by the Latino Commission on AIDS that aims to build local leadership, develop networks and coalitions, enhance knowledge and cultural competency, and spur actions to address the needs of the emerging Latino/Hispanic populations in the Deep South. The program accomplishes these goals through capacity building, community organizing, leadership development and networking initiatives, with a focus on community-based participatory research and information dissemination.