Listen Up: Despite late night TV, HPV Ain’t no Joke but we can reach an HPV-Free Generation 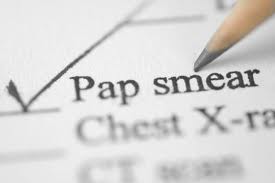 This past week, in a new interview, Michael Douglas said that his throat cancer was caused by performing oral sex on too many women.  Or so that is the late night comic fest take on Michael Douglas’ discussion of throat cancer and HPV.   Not HIV, but HPV. How many of you have heard of HPV? It oftentimes gets short-shifted in the media. But this week, it has the attention of the world.  And, for that we thank you Mr. Michael Douglas.   Jay Leno joked “You know what this means. Remember that scene with Sharon Stone in Basic Instinct? He was staring cancer in the face. That’s what that means. …” Eh, its sort of funny. You have seen the scene in Basic Instinct that the joke refers to, right?

Ok. So, what is HPV and what does this have to do with Michael Douglas getting throat cancer?  HPV stands for Human Papillomavirus.  So, it’s a virus, eh? Well, actually listen to this: HPV is not one virus, but over 100. And in most cases, HPV will clear itself up.  HPV is a sexually transmitted infection (STI). As a matter of fact, it is the most common STI. And it is transmitted by oral, anal or vaginal sex.  And condoms do not provide 100% protection against HPV. However, HPV is so common that nearly all sexually-active men and women get it at some point in their lives.  Most people who become infected with HPV do not even know they have it.  Just because most people do not even know if they have it, doesn’t mean you shouldn’t worry about it. Health problems that can be caused by HPV include:

The last mentioned above –throat cancer-seemingly Michael Douglas’ cancer. According to the Oral Cancer Foundation, one tract of HPV — known as HPV16 — is known to be linked to oral cancer, showing up in the back areas of the throat and mouth.

Of those mentioned above, cervical cancer has received more attention from various stakeholders. Cervical cancer usually does not cause symptoms until it is quite advanced. For this reason, it is important for women to get regular screenings for cervical cancer.  Screening tests can find early signs of the disease so that problems can be treated early, before they ever turn into cancer. These tests are:

Despite the existence of these two tests to screen for HPV, it is estimated that about 11,967 new cases of HPV-associated cervical cancer are diagnosed in the United States each year (CDC, 2012).  More black and Hispanic women get cervical cancer than women of other races or ethnicities, possibly because they have less access to gynecological care and providers, Pap testing or follow-up treatment. So, what does this number mean at the community level?  Think about it this way: about 11 Hispanic women are diagnosed with cervical cancer per 100,000 women, compared to 7 non-Hispanic women.  That is a big difference. Besides lower rates of health insurance, Latinas do not get screened also as much as other women because of cultural norms and an aversion to talking about sex-related issues. This is often referred to as “sexual silence.”

Oddly and interestingly, Latinas are getting their kids the HPV vaccine moreso than other ethnic groups. In a review of HPV vaccine acceptability, researchers (Scarinci, et al, 2007) have found that Latina immigrants were open to HPV vaccination, although they expressed the need for multiple credible sources of information (educational talks, doctor’s office, television, churches, and other women) to promote the vaccine before the Latino community at large would accept it.  Thus, those in the community that are respected or afforded the cultural value of “respeto” are a key way to impact HPV rates in the Latino community.  Across all Latinas, both immigrants and US born, there are higher rates of HPV vaccine acceptance than other women (Watts, et al., 2009). Again, this is a key sentiment to piggyback on as community stakeholders trying to help reach health equity. We can make a difference by educating and creating access points for Latinas. They are open to vaccines. Latinas, more so than other ethnic groups, find the HPV vaccine acceptable. Now we just have to get community health providers to make the vaccine information and vaccine itself available and accessible as well as affordable (considering that Latinos have lower rates of health insurance).

In general, research shows that vaccination acceptability is higher when the vaccine is perceived as effective and a physician recommends it. It is imperative to involve both the medical establishment and the community in raising vaccine awareness and availability. Currently, there are two Food and Drug Administration-approved HPV vaccines available in the U.S.: Glaxo-Smith-Kline’s Cervarix and Merck’s Gardasil. Cervarix protects against two human papillomaviruses that cause 70% of cervical cancers, while Gardasil protects against those two viruses, plus an additional two viruses that cause 90% of genital warts. The CDC recommends the vaccines for girls and women ages 11 through 26, plus boys and men ages 11 through 21. Usually kids get the shots at age 11 or 12. But many cultural norms around sexual education and teenagers prevent many parents from providing vaccination permission. When Governor Perry of Texas made it a momentarily mandatory vaccine through an executive order in 2007, there was wide backlash in the state and throughout the national media. His order was eventually blocked.

Just like HIV, HPV prevention efforts can be mired with political and cultural undertones. However, we must remember that screening can help lessen the overall number of deaths and while Latinas have a 1.5 times greater likelihood of dying from cervical cancer than white women they are more open to vaccinating their young daughters and sons. Some 70% of females will be infected with HPV within five years of becoming sexually active.  If we vaccinate early enough, going forward, we may just reach one day an HPV-vaccine generation as well.

So thank you Mr. Michael Douglas for your statement regarding your throat cancer and raising awareness albeit it was oddly discussed and has turned into a long joke. But when it comes to HPV, bad publicity is still consciousnesses raising. Go get screened!