What’s in Your Empanada? 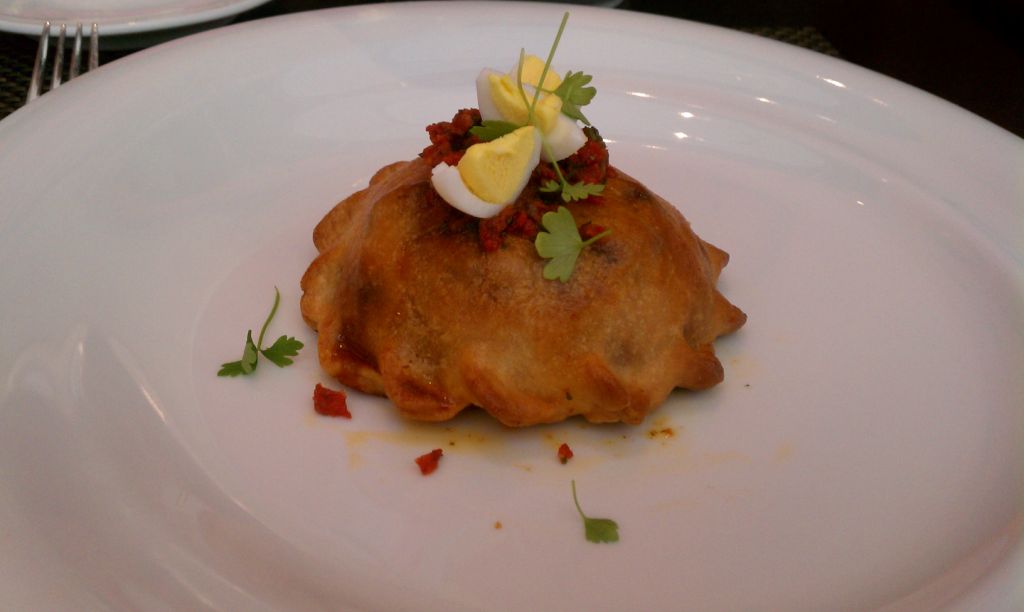 One person’s empanada is another’s perogie, and while there are stylistic differences in its preparation, the idea of dough filled with tasty tidbits of meat, vegetables, potatoes, or other scrumptious savories is nearly universal, despite the numerous appellations applied to this cross-cultural comfort food. What do you call it? An empanada? A knish? A pasty? A momo?

I call it “an empanada” at home in the Puerto Rican style, but when in Rome I call it whatever the locals want to refer to it as, mostly because I want one, and I’ll use whatever term gets the delicious morsel into my hands fastest.
See, at its most basic level an empanada is a stuffed bread or pastry that is baked or fried, with independent variations found in many countries in Southern Europe, Latin America, and parts of Southeast Asia. The basic gist is to wrap some meat or cheese in some form of bread. There are fruit and vegetable empanadas, but my tastes don’t run that way. In Chile, empanadas are so integral to the local psyche and cuisine, that recently it was noted by the national newspaper USA Today that one should travel to Chile if for no other reason, than to sample their take on empanadas. Chilean empanadas can have a wide range of fillings, but they are known for three in particular: el pino, consisting of beef, onions, raisins, black olives, and a hard-boiled egg; a seafood stuffed delicacy, and a cheese-filled version.

I have had the good fortune while traveling throughout the United States and abroad to have sampled numerous versions of empanadas. When I was stranded in Curacao last summer (hurricane didn’t touch the island, but I still couldn’t travel back to the US) I got to enjoy Curacao’s version of an empanada called Pastechis, which are typically filled with Gouda cheese (Curacao having been a Dutch territory). I have been quite satisfied mentally and physically after devouring a Pasty in London- a Cornish baked pastry filled with beef and potato. In Spain, I came across the empanada Gallega (filled with Cod fish).

At the end of the day, that is the glory of food. It can unite us. It can show how at the root of things we are similar, yet we are invariably spiced with local nuance. You can travel thousands of miles, only to discover the familiar in a sea of the unfamiliar. We may not understand what the waiter is saying to you and he may not understand you, but the smile you’ll flash at the first nibble of the local variation on the empanada, regardless of what it’s called, will speak volumes in the universal language of the tantalized tastebud and satisfied stomach. Perhaps we should all sit down together and enjoy some empanadas, or knishes, or pasties….

Glory be the empanada!