Banana Republics: New Orleans and Hondurans Have a Long History Before Katrina 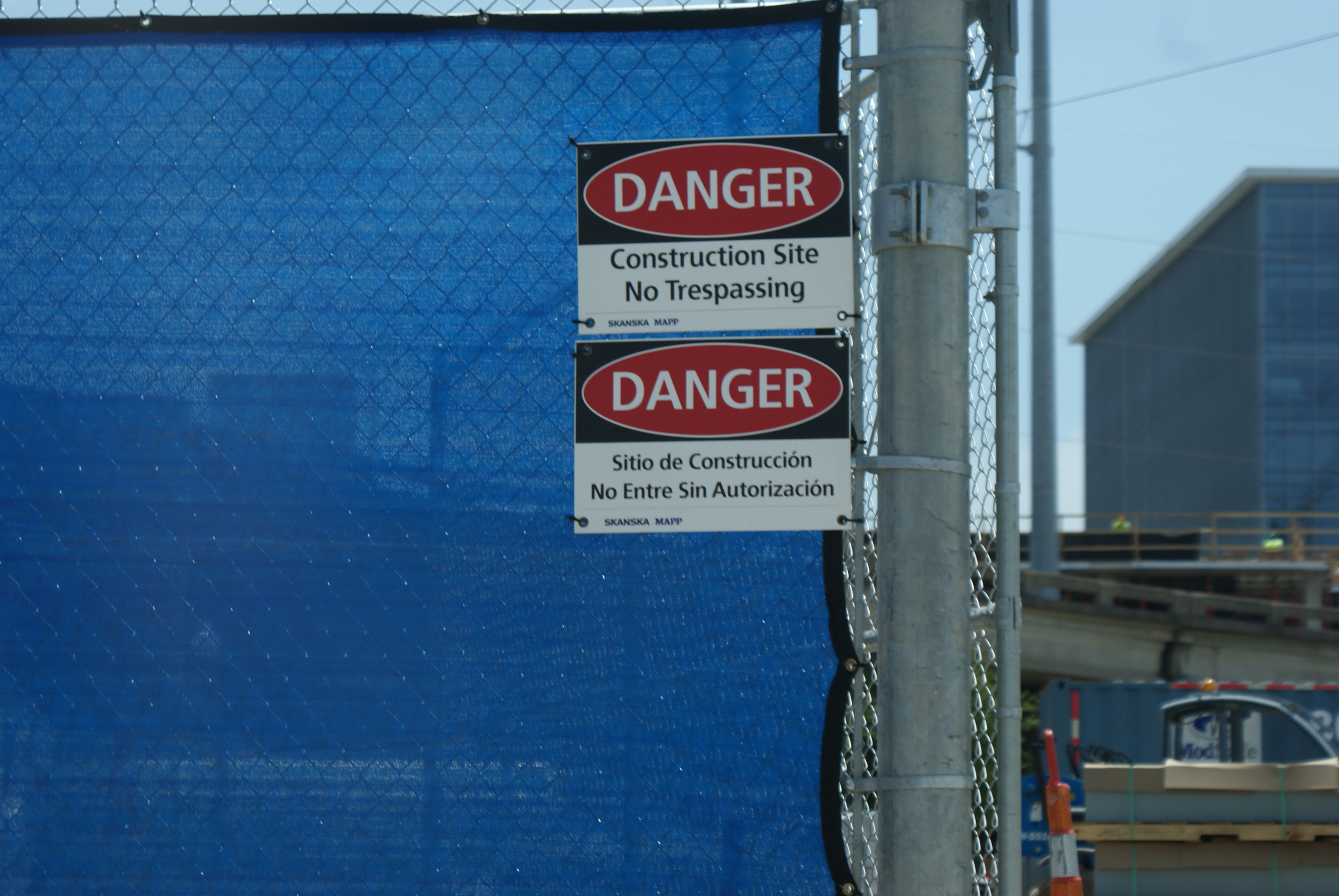 Part of our Travelogue Blog Series: Join us as we Travel Through the Deep South and the World

In a stroke of serendipity this past week the country of Honduras was in the news while I happened to be in New Orleans as part of our Latinos in the Deep South project. Honduras and New Orleans are linked historically and through produce trade routes.  As such, Honduras was in the news because the Ciudad Blanca (“The White City”) which is part of urban legends may have been found. The Ciudad Blanca was supposed to be a city hidden in the rain forests since the 1500s full of gold.   Fast forward to this century and you have archaeologists and filmmakers Steven Elkins and Bill Benenson announcing that they may have possibly found an ancient civilization through the use of slow-flying planes that send constant laser pulses toward the ground as they pass over the rain forest, imaging the topography below the thick forest canopy. Who doesn’t relish the idea of finding a lost city? Honduras, besides possibly finding a long-lost city, is experiencing recent tremendous changes which includes an expanding tourist economy (cruise ship stop anyone?), expanded free trade agreements and the implementation of daylight savings time (don’t know how I feel about that last one; just kidding).  Unfortunately, while we here in the US non-profit world keep talking about reaching an AIDS-Free generation, Hondurans are still very much in a tough fight against HIV/AIDS.  While Honduras is home to 17% of Central America’s population; it is also where 60% of the region’s HIV infections are reported (UN AIDS report). But back to the history of New Orleans and Honduras; which is really the front story of this piece.

Who can forget hurricane Katrina? Who can forget the urgent need to reconstruct New Orleans post-Katrina? Who can forget then Mayor Nagin’s statement that New Orleans had to remain a “chocolate city”; Nagin was lambasted by Hispanic leaders last Fall for asking a business group, during a speech, what he could do to prevent New Orleans from being “overrun by Mexican workers”.  Soon afterwards, Mayor Nagin apologized for said remark. But it got many of us thinking about the status of the emerging Latino population in the Deep South.  Here is the thing, New Orleans was actually a major gateway to and from Latin America long before Miami ever was (the city now held as the international gateway).  Hondurans have also been in New Orleans for a long time before Katrina. Latinos, in other words, have a long history in this port town in the Deep South.

As a longstanding port city, New Orleans has imported bananas from Central America to distribute across the US for many decades. Back in the early 20th century, there were specifically two New Orleans companies, the Standard Fruit Company and the United Fruit Company, that ended up developing close ties with the Central American country of Honduras. These companies ended up owning plantations in Honduras and through these business ties ended up influencing local Honduran politics.  In a way, “Banana Republics” were established in both Honduras and in New Orleans. In Honduras, at one point the United Fruit Company was known as El Pulpo (the Octopus), because it controlled Honduran transportation infrastructure, and at times manipulated Honduran national politics.  As a result, the fruit companies were able to keep the prices of bananas in the U.S. very low through their ability to cheaply buy large parcels of prime agricultural land (good soil) in Honduras for banana plantations.

Honduran immigrants began arriving in New Orleans through these banana connections. Many Hondurans arrived in New Orleans to work as dockyard laborers.  However, there were even more upper-class Hondurans who sent their children to study at Catholic schools in New Orleans. It was a different type of migration pattern that many overlook or do not even know about. Interestingly, as part of this different migration pattern, Hondurans didn’t tend to settle into specific city areas, or “ghettos” in the traditional meaning of the word. This migration pattern led to Hondurans assimilating into the city.  Can you believe that New Orleans at one point in time was noted to be the third largest settlement of Hondurans, only surpassed by the Honduran cities of San Pedro Sula and Tegucigalpa?  As a result of this long-standing Latino presence in New Orleans, Tulane University has one of the country’s best-regarded Latin American Studies programs, first begun with a 1924 endowment of research materials by the Cuyamel Fruit Company.  Go figure.

At one point in the last two decades it was estimated that 120,000 Hondurans lived in the New Orleans area. Not all were necessarily descendants of the early migration. Many Hondurans currently living in New Orleans were recent refugees from Hurricane Mitch, which struck Honduras in 1998 killing between 5,000 to 10,000 people. Hurricane Mitch killed off about 70% of Honduran crops and crushed an estimated 70% of the infrastructure, including nearly all bridges and secondary roads. Unfortunately, in 2008 there were a series of extremely severe floods in Honduras. As a result, half Honduras’ roads were again damaged or destroyed.  This devastation of internal country infrastructure led to migration via boat, and for many the destination was New Orleans. But unfortunately, as we all have witnessed, New Orleans’ suffered its own catastrophes (nature-wise and infrastructurally) in recent memory.

Recent State Department estimates (2012) suggest there are between 800,000 and 1 million Hondurans living in the United States, which is nearly 15% of the Honduran domestic population. This reminds me in part of how there are now more Puerto Ricans on the US mainland than on the island of Puerto Rico itself. While Honduras’ population makeup is: 90% mestizo, 7% Amerindian, 2% Black, and 1% White; many of the Hondurans who came in the earlier waves to New Orleans were considered white. According to the Centers for Disease Control and Prevention (CDC), 4.5% of the Honduran Garifuna (who are descendants of Carib, Arawak, and West African) population have HIV — a proportion that is five times as high as in the country as a whole.  Interestingly, factors contributing to the high HIV rate include a lack of education, poverty and heavy migration, as men tend to work on cruise ships and fishing boats that frequent ports that may have high HIV incidence rates.  As you can note, the banana trade and poor road infrastructure, structural and social determinants of health, are intertwined with the impact of HIV/AIDS.

So, New Orleans has had a longstanding Hispanic population. But that is not to say there isn’t a new Latino emerging population.  There most certainly is. Census figures show that 33,000 Hispanics have moved in since Katrina, a 57% increase in the last decade. A town by the name of Kenner, near the airport, is one such neighborhood that has seen that influx. And that is where there is a change. Before Hondurans used to be spread throughout New Orleans. Now, there are pockets of Hispanic neighborhoods, although they are still somewhat physically distant from one another.  We got to do a community mapping when we were recently in New Orleans, and while we did find neighborhoods with some Mexican restaurants, there were no other real obvious indicators of the new Latino population. I didn’t see them walking or biking about. Didn’t really see them waiting at bus stations. Are these emerging Latino populations blending into the neighborhoods the way Hondurans did historically?  Probably not. Did you know that New Orleans was home to the nation’s first Spanish-language newspaper called El Misisipi (their spelling)? It began publishing in 1808 and New Orleans has had a Spanish-language paper every decade thereafter.  There has been a long-term presence of Latinos in New Orleans, but they have remained relatively invisible until now. There is definitely much more work to be done in order to understand the shifting Latino populations in the Deep South, beginning with understanding the long historical context of their migration and the structural elements that create contexts of vulnerabilities.

This post is based in part on a dinner discussion with a native New Orleans Honduran who did her masters on the history of Hondurans in New Orleans. We are very grateful to her insights and inspiration and continuous hard work for the community there.

3 thoughts on “Banana Republics: New Orleans and Hondurans Have a Long History Before Katrina”