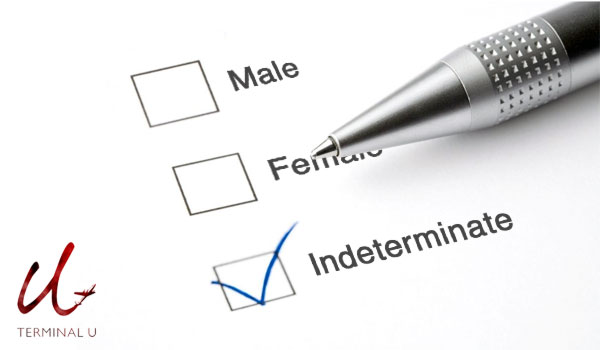 Technically this is a math equation (please don’t close the blog just yet; I know I would be tempted to do so). For the likes of me that sweat when there is no iPhone around to calculate the proper tip amount, take a deep breath and understand that what I mean here is:  Female or Male is not equal to X.

Come November, Germany will be the first European state on the union to include a third gender option for intersex or infants born with ambiguous sexual traits.  If you have any proficiency in German, feel free to read from here.

Although third gender laws already exist in places like India, Nepal, Thailand and Australia this is the first instance a country of the “western world” has approved such a law.  Specifically in the case of Germany, parents will have the option to opt out on selecting an “F” or an “M” for their intersex newborns. Instead, they will be able to use an “X” on their birth certificates leaving their child’s gender undetermined or unassigned until nature runs its course and allows the child to start showing gender characteristics, or potentially staying an “X” throughout their life. In theory, this should resolve the issues brought up by incorrect sex assignments done hastily during the first days of a child’s birth.

I myself am not a parent (at least of the human variety), but being raised in the “western world” I have seen the plethora of gender defining attire, decorations and activities that  take place during the gestation months and the expectations that this brings with it. Recognizing that “X’s” are a natural occurrence in humanity would help break that gender dipole we are so accustomed to.

Recently there has been a trend among professionals that work around gender issues  of replacing A’s and O’s at the end of words in the Spanish language for  “@” or “x” in order to gender neutralize them. To me this is a bit extreme, not mention a visual nuisance when reading, but it does show the importance of inclusive language and attitudes in our society. This trend is not too far from other cultures where the third gender  concept is an integral part of society. For the most part, this flexibility in language implies the potential of other genders or sex categories in society.

In these cultures your gender is less indicative of the genitalia you were born with and tends to refer to the role you decide to perform with in society (not in bed). Very few third gender individuals see themselves as persons from one gender trying to transition to the other. Instead they identify themselves as a distinct category of individuals within their biologic sexual classification. This approach to gender allows the individual to decide for itself how it wants to be addressed and what role it will perform in the community; biology and genetics are far more important in gender identity than the quick visual assessment performed at birth by a doctor.

Math, chemistry and physics are all about equilibrium. I feel this “X” could potentially be the missing variable needed to balance the gender equation.  Heck, if mathematicians had to come up with the darn “imaginary” number to allow the construction of complex numbers, isn’t it obvious that we need more than an F or an M to grasp the complexity of human sexuality?

Now it’s your turn… How do you feel about allowing an X on legal documents ?